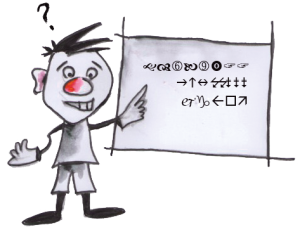 09:00    Opening
Creating a Playful World
Robyn Monro Miller, President of International Play Association, Australia
This presentation will look at why play is not optional and critical for survival. Using examples from the work of IPA Branches and members across the world, Robyn Monro Miller will showcase the progress being made to promote and protect play. Furthermore, she will provide strategies for advocates in order to ensure that play is kept on the agenda of communities and governments.

09:30    Keynote
Mobile Projects in Public Spaces in Tokyo
Hitoshi Shimamura, Tokyo Play, Japan
Since 2016 “Playbourhood Street Tokyo“ has provided opportunities for communities to create playable public spaces in the neighbourhood. It expands to local authority’s initiative to develop as a “Pop-up Playing Field Project“. By awaiting the coming Olympic and Paralympic Games in 2020 in Tokyo, mobile play is of interest to the national government.

10:30    Keynote
The ultimate guide to Play Streets – the ultimate hyperlocal play space
Paul Hocker, London Play, United Kingdom
Since 2008, London Play has lead the revival of Play Streets in the UK’s capital. We have engaged with thousands of residents across the city to develop play on their doorsteps and worked with two thirds of London’s councils to ensure residents get the support with the least amount of bureaucracy. The charity began reviving Play Streets amid opposition from within councils and from a minority of residents on many streets we worked on.
Now in 2019, Play Streets has matured into a familiar part of London’s culture and our method of working and problem-solving has been sought out by other agencies that are keen to establish their own car free play days.
This presentation by London Play’s Director will tell the story of Play Streets from 2008 up until today, with all the significant obstacles and opportunities that this initiative has attracted. It’s not been an easy journey and by no means has London Play travelled it alone but with the Mayor of London and he Department of Health backing Play Streets – lending them unparalleled legitimacy. It is a journey that demonstrates new ideas which might meet resistance from skeptics with a failure to imagine. But a good idea cannot be suppressed for long and once a tipping point is achieved, there is no turning back.

11:30    Keynote
Children’s Play Environment after the Disaster
Isami Kinoshita, Chiba University, Japan
Children’s play has a role in releasing stress and PTSD (Post Traumatic Disorder). We found out about it when our colleagues of adventure playground organization set a temporary adventure playground in Kobe after the earthquake disaster in 1995. Under the serious situation of post disaster, the access to play still has not been considered. In case of the triple disaster of earthquake, Tsunami and Nuclear accident (Great East Japan Earthquake) 3.11 in 2011, children had to live in temporary houses for 4 to 6 years, where they had no play environment. For securing access to play for children, many interventions were provided mostly by voluntary sectors. Mobile play is one of those effective interventions, as well as adventure play. UNICEF Japan provided three cars for mobile play at that time so that the mobile play activities could start. In case of Kumamoto earthquake in 2016, one car was donated so that the mobile play could be conducted in the disaster area. As we consider that floods by strong storms are likely to happen more often in future because of climate change, we need more mobile play in Japan.

From New Games to cooperative adventure games
Günter Kistner, Evangelische Jugend An Nahe und Glan and Forum Spielpädagogik e.V., Germany
Ezra Holland, Children Together and The Holland Group, USA
The „New Games“ were created in the 1960’s in the United States, in the middle of the flower power era in connection with the movement against the Vietnam War. They are meant to give everyone who plays the experience of how nice it is to play together. The game should not be about irritating someone or giving them the feeling that they are a loser, but about having fun together and following the game philosophy „play intensively“ – „play fair“ – „don’t hurt anyone“.*
Cooperative adventure games are games where you don’t look for winners and losers as the goal of the game. They want to place the experience of teamwork and adventure, the experience of excitement and above all, the common challenge as a group in the focus of the game.
In this way an expansion of one’s own and the group’s possibilities of action should be achieved. The players should bring up together all their physical and mental abilities to solve problems together. In this way, educational play actions can be combined with social learning in the group through a reflective game leadership.

Play, Science and the building of knowledge: An intro to fun and learning
Pierre Harrison, PLAYLearnThink, Canada
Science: To many it is intimidating. Yet how we interact with our environment is based on curiosity, inquiry and experimentation, all of which are the basis of science. Scientific inquiry is how we gain knowledge and build lifelong skills. This workshop links children’s play to the scientific process and how children engage with their physical and social environments and build knowledge about their world. We will explore the nurturing of children’s innate abilities and how they become life-long learners. The presentation will end with engaging demonstrations of simple scientific concepts using everyday materials.

Let´s play Architecture
Dipl. Ing. (FH) Anna Bauregger, Kindermuseum München and Sommerhoch&Tiefblau, Germany
Architecture offers a lot of different topics, easy and complex ones, like design, construction, living together, past & future, home & shelter, participation, power & poor and so on. You can choose whatever aspect you are interested in and create an interesting play. The presentation will show many different methods, that have been developed e.g. for children´s museums, play-busses and participation projects all over Germany and should serve you as an inspiration for your work.

Learning while playing: creative pedagogics as inclusive practice for refugee children
Dr. Nathalie Sheridan, University of Glasgow, Scotland
Doris Walentin, Agentur Müllers Freunde GmbH, Austria
In this session, we will explore the principles behind creative learning and teaching (Jeffrey & Woods, 2009) and how these can help to implement creative practices such as play in the classroom in order to support refugee children. Such practices include role play, art and craft, board games and storytelling. The concept we are exploring is defined by relevance, ownership, control and innovation and focusses on the learners’ agency of their learning, and therefore provides a strong transferable framework for formal and informal learning environments.

(Digital) Networks of Play
Michael Dietrich, PA/SPIELkultur e.V., Germany
PA/SPIELkultur e.V. is creating projects focusing on play and cultural education for more than 40 years. The NGO offers opportunities for children encouraging them to experience all their senses (e.g. projects in nature), as well as cultural programs focusing on art, literature, theatre, urban space and especially media. Media has become a very important part of the life of the children and therefore it is a big challenge to enable them to a creative and self-determined use of the media. Networking is also an important topic in creating play-friendly cities. Thus, we created the City Stories. The children invent stories at different places in the city, usually inspired by their surroundings. This story will be published online on our website using an interactive map and hence help establishing a digital network of play.

16:00    Discussion
One representative of each expert forum, International